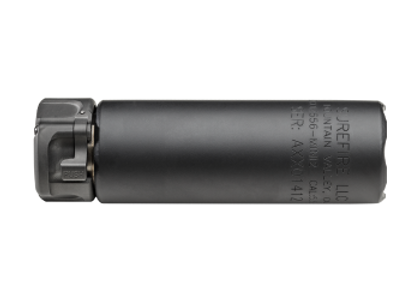 As part of the impressive line in the Special Operations Command 2 (SOCOM2) series, the 556 Mini2 displays not only functionality but also durability in a high-performance state. The 556 Mini2 features a new and improved recessed endcap and was constructed to further reduce blowback and flash as well as produce minimal (if any) impact shift, but it is still built to the same demanding standards. In addition, the cutting-edge internal gas venting systems are still present in the Mini 2, which optimize the reduction in back pressure and cyclic rates. Exhibiting computerized laser welding, the 556 Mini2 is constructed of high-temperature alloys and stainless steel.

Known for their ultra-durability, Surefire suppressors have been used by military units and police departments throughout the United States as well as internationally by NATO countries. The SOCOM series has been put through the ringer in one of the most demanding suppressor evaluations in history and won accolades for its performance. So, the much-anticipated debut of the SOCOM2 series came due to the performance of its predecessor and has been highly regarded since its unveiling.

What’s in the Box?